The Story So Far…by Phil Hardy

In May 2016, Leicester City of Sanctuary agreed to fund a football session at a local sports venue, using one of the four 3G (astroturf) pitches available. This session was led by local volunteer, Phil Hardy, who was already working with a group of mostly Sudanese, but also Eritrean, asylum-seekers. The session lasts from 10.00 till 11.30 every Saturday morning.

Following meetings with the Community Outreach Department of Leicester City FC, a partnership began to emerge, with LCFC sending two youth coaches down every Saturday from October to deliver skills training and small-team games. 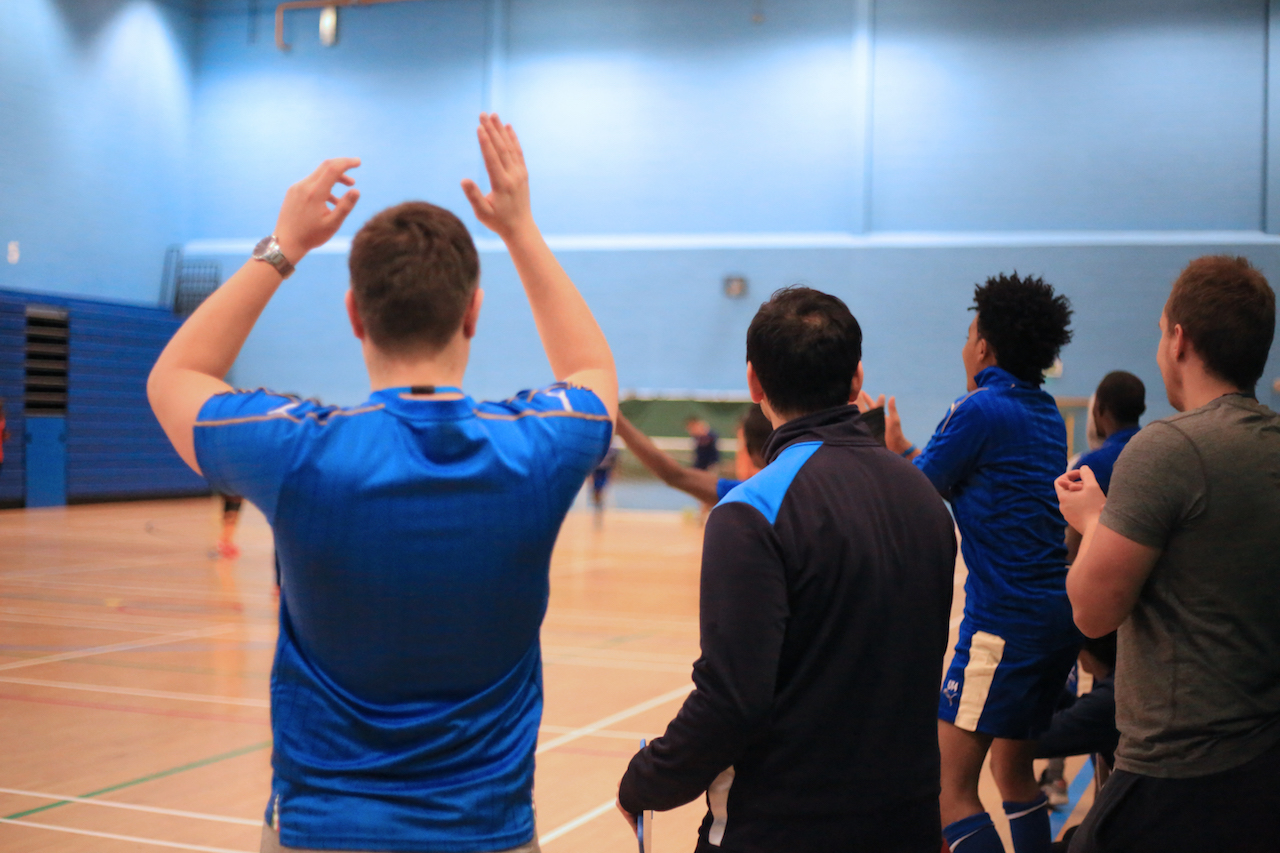 Meanwhile, an online ‘Crowdfunding’ appeal raised £1400 and this has been spent on providing the players with the most vital piece of kit: appropriate astroturf footwear - 40 pairs! In addition, a large display banner, a set of 18 tops and two pairs of goalie gloves have been purchased.

This session has gone from strength to strength. At this time, 44 asylum-seekers/refugees are registered and the regular turnout of over thirty has prompted LCFC to book a second pitch. For many of the asylum-seekers the weekly session is a vital point of contact and camaraderie, as testified by just a few quotes:

“I really look forward to the weekly football session. It is good to play with the friends I have made through City of Sanctuary.” (Mohamed - asylum-seeker fleeing persecution in Eritrea.)

“The weekly kickabout is the highlight of my week. Thank you, Leicester City of Sanctuary for helping us out by paying for the pitch. “(Ibrahim – Sudanese refugee fleeing the civil war in Darfur.)

On Saturday 4th March, to coincide with the Premier League Leicester City V Hull City match, it was arranged that a group of 12 asylum-seekers being supported by the Hull City Community Outreach team, would visit Leicester. A mini-tournament was held in a local Sports Hall (played in a competitive but friendly spirit), followed by a brief talk by officers of Leicestershire Police encouraging and advising the players how to report race hate crime. The highlight of the day was still to come: a visit to the King Power stadium and the opportunity to watch the Premier League match. (The lads loved this and are very appreciative of the generosity of the club). 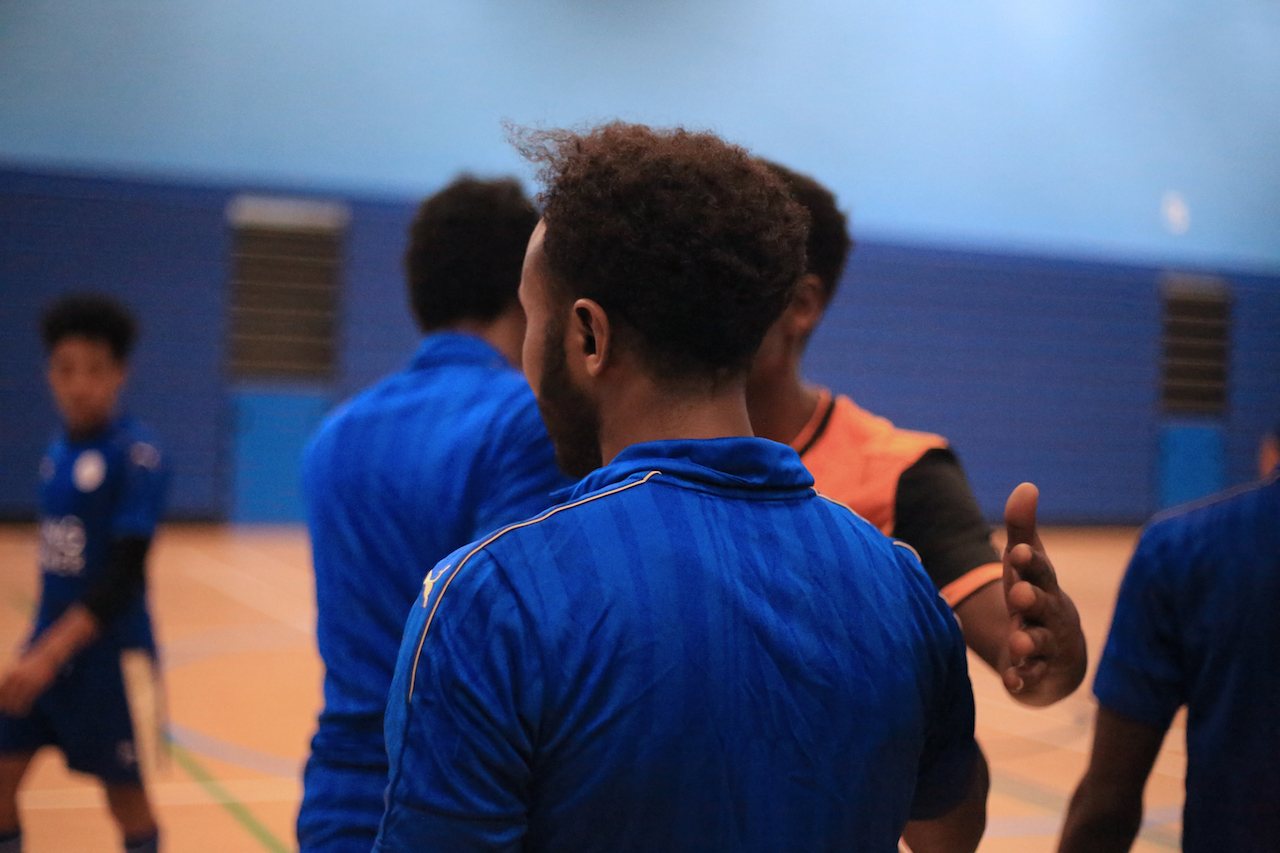 We are now looking for more opportunities to play others both in the local community (LCFC is proposing to organise a ‘Refugee World Cup’ as part of Refugee Week) AND further afield. Are there any other City of Sanctuary groups out there supporting football projects? If so, please contact us if you would like to arrange a visit to Leicester or feel able to invite us to visit you. Don’t worry if you do not have large numbers – we have enough players to make a friendly game on any astroturf surface (5, 6 or 7-a-side). 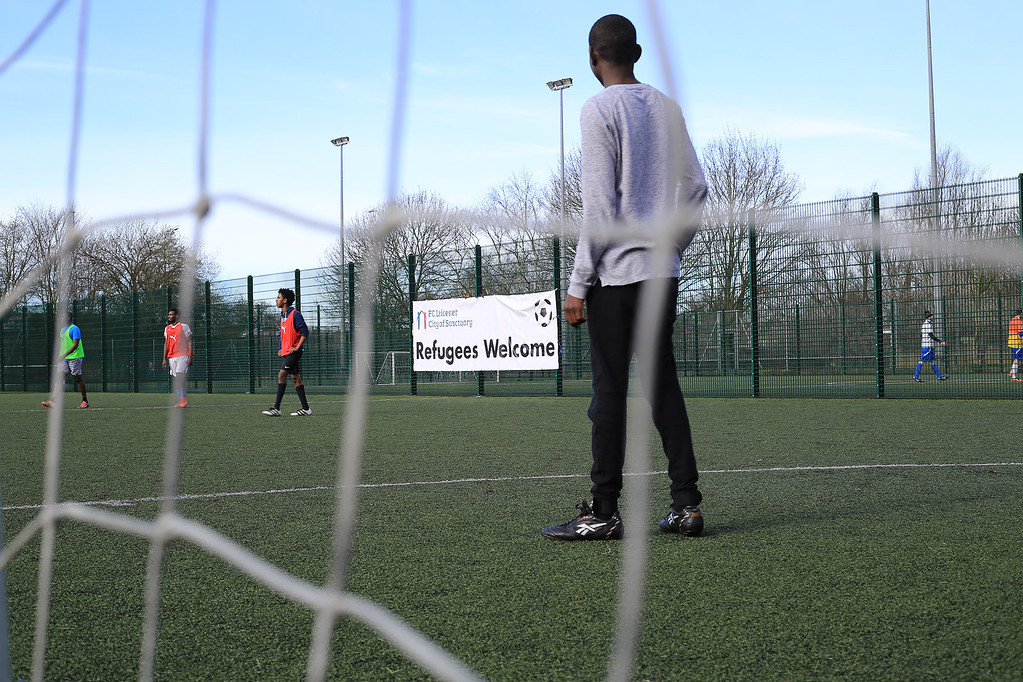